Here are the most expensive phones in the world in 2021. The world is evolving so fast that, one can just imagine the sudden increase in the amount of technology.

We have prepared for you a list of the top 10 most expensive phones in the world. There are a million and one phones being produced by different companies every day. These phones have different functions and different prices.

Different features mean different functions so, that do affect their market value in the most reasonable way. Below is the list of the top 10 most expensive phones in the world 2021:FALCON

The first on our list is SuperNova iPhone 6 Pink Diamond. Studded with a huge Pink Diamond on the back, these iPhone 6 models come in platinum, 24-carat gold, and rose gold. It cost a whopping  $48.5 million for a single piece.

If you think the price of it is too expensive for you, there are virtually other cheaper ones. The Orange Diamond and Blue Diamond iPhone 6 models cost $42.5 million and $32.5 million, respectively – which could be a perfect choice for you. 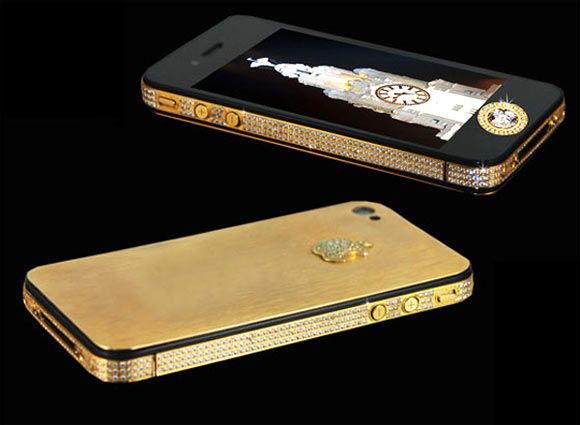 The second on our list is the Stuart Hughes iPhone 4s Elite Gold that sells for $9.4 Million. Despite the huge price, the rich mostly do go for it. On their official website, they gave an official description as captured beneath:

“The most unique mobile phone ever created with a total construction cost of £6 million. The bezel is handmade from the rose with approx 500 individual flawless diamonds which total over 100ct. The rear section is formed using 24ct gold with the added touch of its 24ct gold Apple logo and 53 diamonds.

The main navigation is made from gold which holds a single cut 8.6ct diamond. Also included (not shown in the picture) is a rare 7.4ct single cut Flawless pink diamond which can replace the existing one.

The chest is made from solid Platinum with polished pieces of original Dinosaur bone from the T-REX along with rare stones such as Opal, Pietersite, Charoite, Rutile Quartz, Star Sunstone. The handset is 64Gb and a limited edition of only 2 to be ever made. More luxury designs of this product can be seen on our other website www.goldstriker.co.uk“

Would you love to own one? That would be a good move. 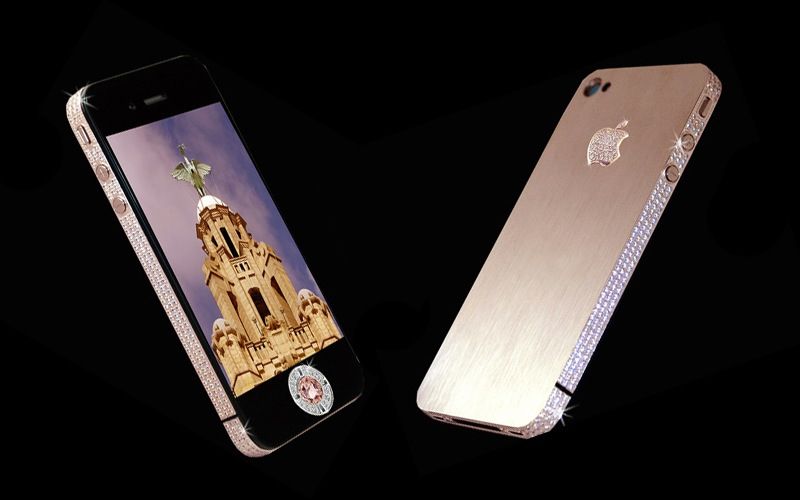 Another expensive phone is the Stuart Hughes iPhone 4 Diamond Rose edition which is priced at $8 Million. The main navigation is built from platinum which holds a single cut 7.4ct pink diamond.

The chest of the phone contains this unique handset is made from a single block of Granite, in Imperial Pink with the inner lined with Nubuck top grain leather, which weight is a massive 7kg. The handset is 32Gb and comes in a limited edition of only 2. 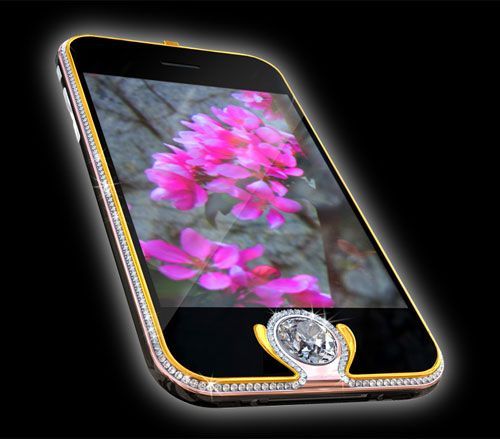 Priced at $3.2 Million, the Goldstriker iPhone 3GS Supreme makes it to the number 3 position on our list. The front bezel of the classic piece of the phone houses 136 flawless diamonds colour F, which total to a massive 68 cts.

Also, the chest which houses this unique handset is made from a single block of Granite, in Kashmir gold with the inner lined with Nubuck top grain leather, which weight is a massive 7kg. The handset is 32Gb, factory (legal) unlocked for worldwide use, and can be updated with new firmware when available without freezing up.

This phone is also well-loved by a lot of rich men. 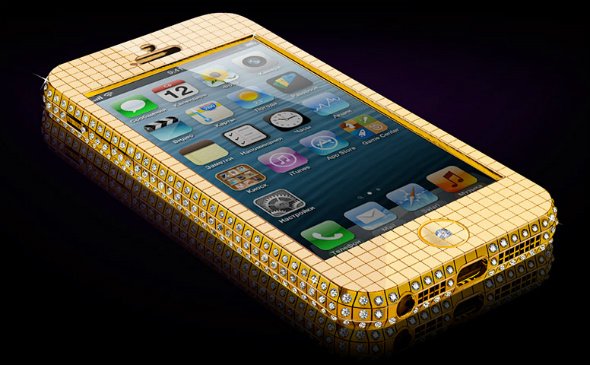 As some parts of the world weep in pain out of poverty, Austrian jeweler Peter Aloisson continues to smile as he designed this piece which has made it to the number 4 spot on our list. The Apple iPhone 3G Kings Button’s main operating button is made of high-quality 6.6-carat diamonds, which makes it soo unique.

To continue with, the 3G Kings Button phone is made of solid 18-carat yellow gold, white gold, and rose gold. The edges also reflect a yellowish gold which further makes it stand out. 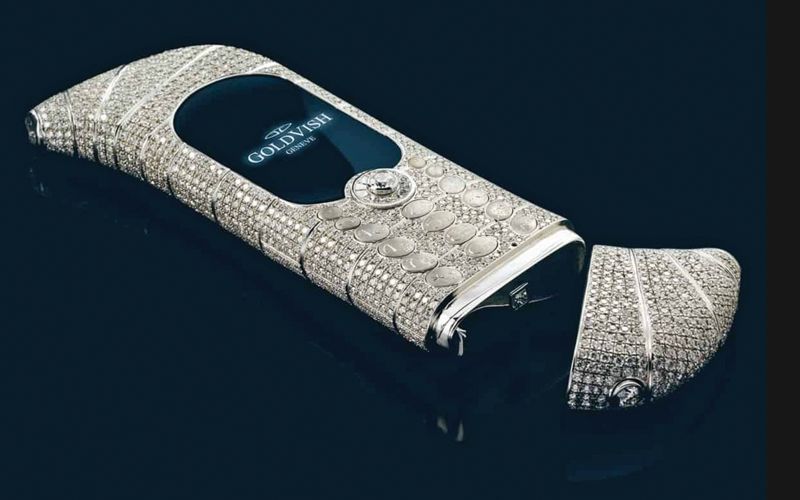 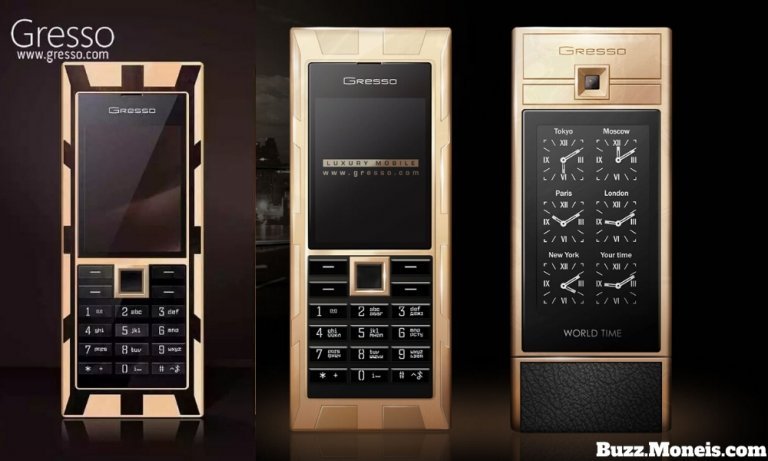 With a budget of $1 Million, you can walk away with Gresso Luxor Las Vegas Jackpot which is made from an impressive, one hundred and eighty grams of gold and black diamonds, each at 45.5 carats.

On top of that, every key on the phone has been beautified with manually polished 32-carat gem sapphires It was created on a limited edition of 3. 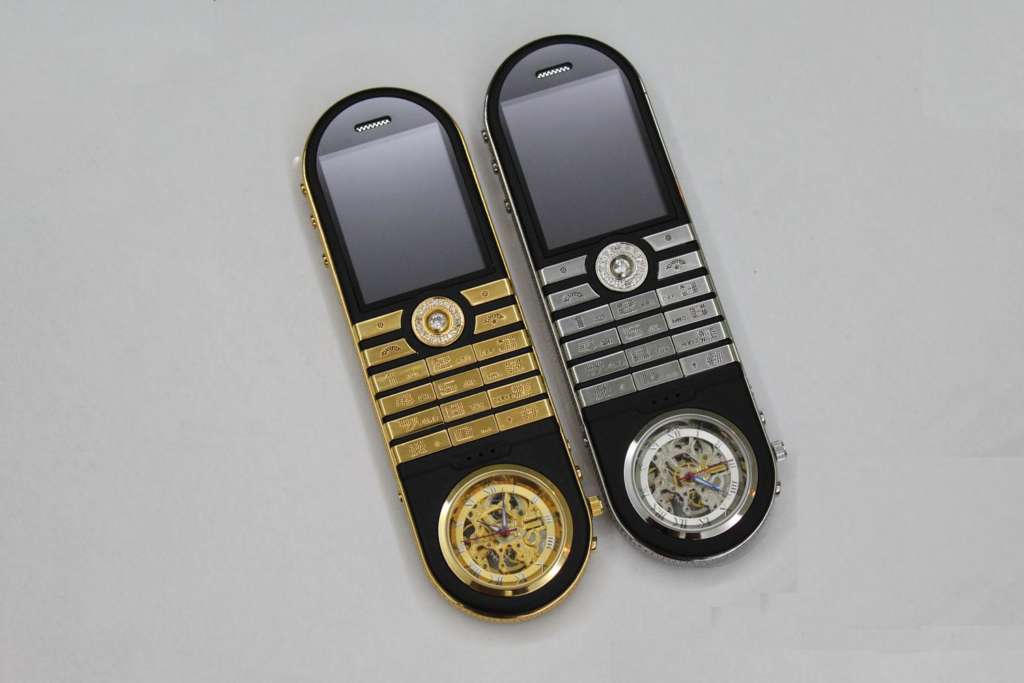 Goldvish Revolution isn’t a bad choice when it comes to the most expensive phones. The phone has been shaped in a noticeably different form which adds to its uniqueness quite a bit.

In addition, it’s made from white and pink gold, fine leather, diamonds and has a sapphire glass display case. If that wasn’t enough, the phone also has a detachable analog watch by Fredric Jouvenot. 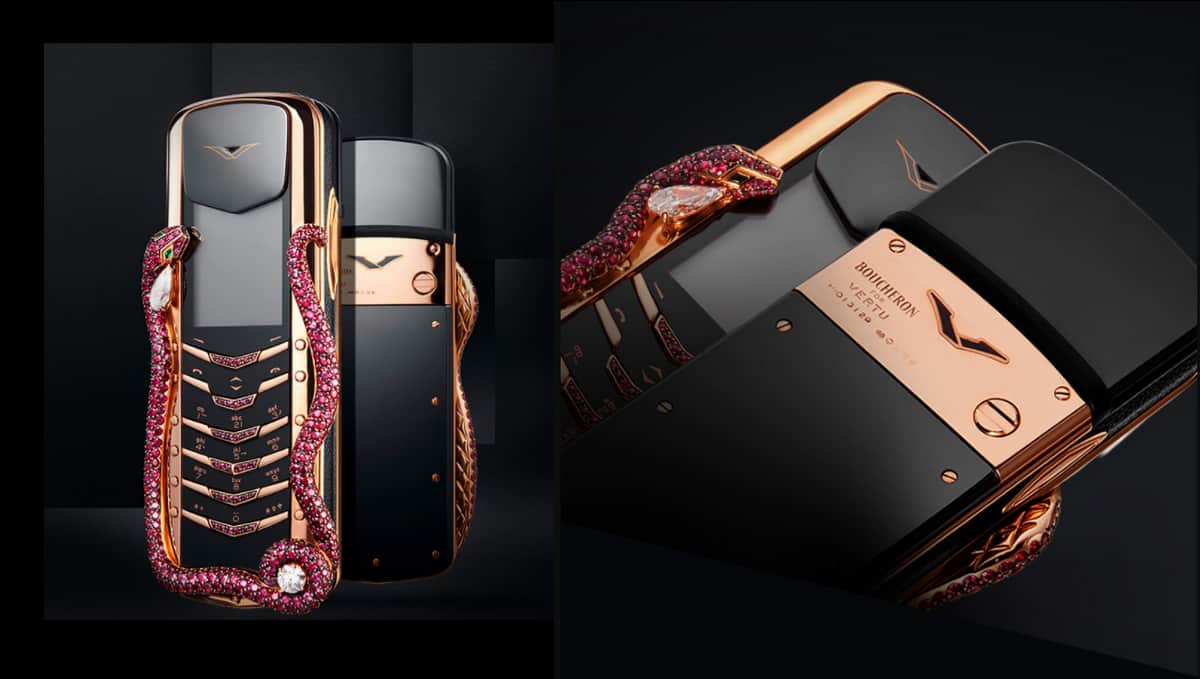 According to Luxpursuits.com Vertu Signature Cobra, “has a brand new model, not entirely true – just a jazzed-up version of their original Signature phone. The luxury phone maker is now owned by a Chinese company, which means they are going to pay more attention to Chinese customers.

Newly unveiled limited edition, the Vertu SIGNATURE Cobra is their first step in trying to corner the Chinese luxury phone market – not just in China but all over the world. A regular SIGNATURE model costs about $4,200, which is rightly considered pricey.”

The Vertu Signature Cobra has a 2-inch QVGA display with a resolution of 240 x 320 TFT LCD display. The display is protected by sapphire crystal. The device comes in 2GB of RAM and 16GB of internal storage.

It also has a removable battery and a talk time of 5 and half hours.

Also, check out the top 10 African countries with the most beautiful women here.